Mary Pierce was born in Montreal and grew up in the United States. She showed great promise from the moment she first stepped onto a tennis court at the age of 10. When she was 13, Mary moved to France, and made her debut on the professional circuit a year later. In 1994, at the age of 19, she reached her first Grand Slam final. In 2000 Mary won her dream victory on centre court at Roland Garros, and is the last French player to win this prestigious international title. Mary is part of the very closed circle of tennis players who can count more than 500 wins. Her incredible career propelled her to the top of the world tennis scene, until, on the 26th of October 2006 in Linz, Austria, she suffered a terrible knee injury which ended her career. Her steadfast faith in Jesus has enabled her to continue, despite this ordeal.

To date Mary has remained firmly entrenched and active in the tennis world; coaching, commentating and even organising professional tournaments. In 2019, Mary was inducted into the International Tennis Hall of Fame. 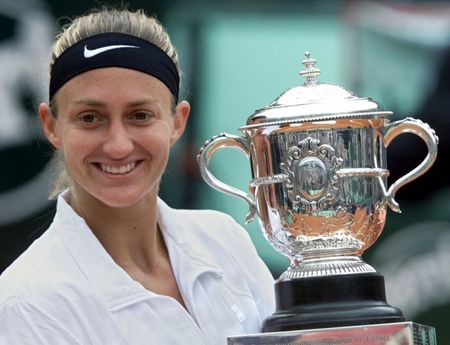 Life has a different path for everyone 🕊 I am blessed and grateful for mine 🙏🏻 Watch to know what I would bring back & add 💌 What else would you like to know about me ?#life #grateful #love ... See MoreSee Less

Happy birthday to one of my longtime friends Iva Majoli 🎉 What a wonderful weekend we had celebrating you! 🇭🇷#travel #friendship #croatia ... See MoreSee Less

Welcome to Part 2 of a secret story from my career

Life has a different path for everyone 🕊 I am b

Happy birthday to one of my longtime friends @ivam

This is advice I would encourage to any young play

Social media can be a blessing or a curse, depends

✨ GIVEAWAY ✨ For the 1st time you have a cha

Letting you in on the answers to my most searched

Pilates is an important part of my weekly routine

Let’s dive into my past! Here is Part 1 of a beh

What’s essential in a balanced routine is to not

21 Slams in the strongest era of all time in men's

Yes, she does smile😁 With the woman of the hour

What an inspiring meeting held by @melindafrenchga

Playing with the only Wimbledon men’s singles ch

She’s done it once and she will do it again! I l

All smiles here at @wimbledon💫 Happy to be back

We use cookies to ensure that we give you the best experience on our website. If you continue to use this site we will assume that you are happy with it.Ok